Away from politics, Matt works for a national advice charity and also serves as a Director of Greenwich and Bexley Credit Union.

Petition to Save The Loop trains between Sidcup and Woolwich Lines

Conservative councillors have launched a petition to 'Save The Loop' train service that connects New Eltham, Mottingham and other Sidcup Line stations with the Woolwich Line.  The petition was started by Councillor Matt Hartley, Leader of the Conservative Opposition at the Town Hall, following th

Southeastern's Managing Director Steve White faced a Town Hall grilling from councillors on the Transport Scrutiny Committee this week, where he was challenged on widely-opposed changes to the December timetables on the Sidcup, Bexleyheath and Woolwich Lines.

Council's own developer 'should respect' Planning Board decision

Greenwich Council's own developer Meridian Home Start should "respect" the decision of the Council's own Planning Board not to support its application for a nine-storey tower block on the site of Shepherds Leas, according to Conservative councillors.

Tributes to Her Late Majesty at Special Council Meeting

Amidst the unprecedented Coronavirus outbreak, the Royal Borough of Greenwich has set up a centralised volunteering programme enabling residents to sign up to help others in the community - with delivering food, medicines, dog walking or staying in touch to reduce the risks around social isolatio

Councillor Matt Hartley has announced his intention to step down as Leader of Greenwich Conservatives after five years in the role.  The Coldharbour & New Eltham ward councillor announced on Friday that "it is time for the honour to pass to someone else" and that a new Leader would be elected 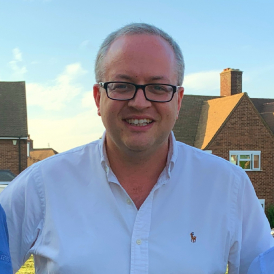