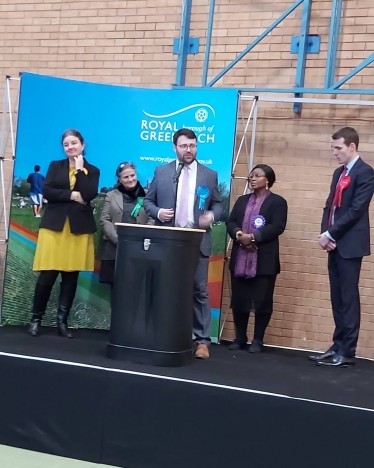 Conservative candidate for Greenwich & Woolwich at the 2019 General Election, Thomas Turrell, has thanked voters who gave him their support on Thursday 12th. Thomas received over 11,000 votes (22% of the vote) holding second place. Labour’s majority in Greenwich and Woolwich was reduced for the first time since 2005.

Thomas Turrell: Under a Conservative government the number of people in full-time work hits all time high as unemployment falls to lowest level for 45 years

Thomas Turrell: Under a Conservative government the number of people in full…

We’re investing more into young people’s mental health to help children get the best possible start in life. Read the article to find out more about what we’re doing to help mental health in the UK.

The Prime Minister has announced that we're increasing funding for schools by a record £14 billion, levelling up per pupil funding so every child has a world-class education.

Justine Greening: Education and skills will unlock our nation's talent

Greening: education and skills will unlock our nation’s talent