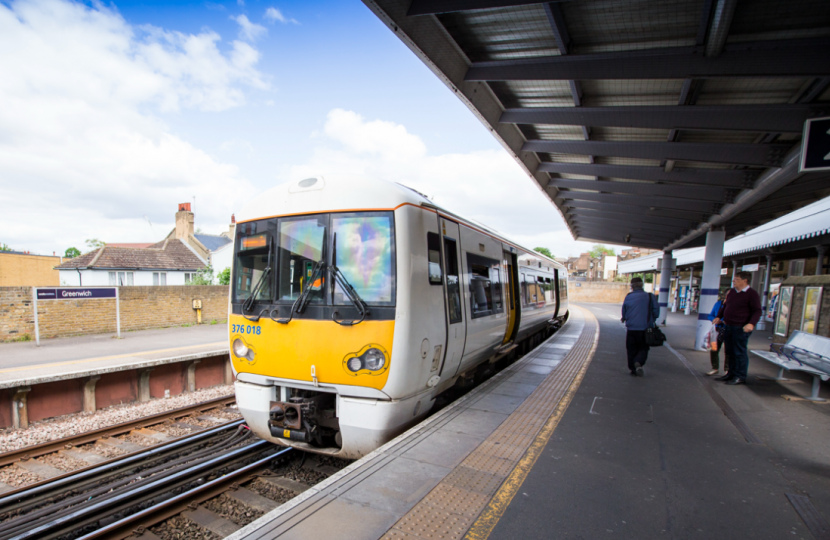 The company says this is due to a reduction in train use as a result of changing travel patterns since the pandemic, with weekday peak-time journeys now at 50-60% of the level they were in 2019, and weekday off-peak journeys at 77% of 2019 levels.

On the Sidcup Line (serving New Eltham and Mottingham), during the morning (6.30am-9.30am) and evening (4pm-7pm) commuter peak times, there will be a loss of 3 train services to Charing Cross and 1 service to Cannon Street, which will be partly offset by gaining 1 service direct to/from Blackfriars.  The result is 18 trains to/from London at peak times (12 Charing Cross, 5 Cannon Street and 1 Blackfriars) down from 21 currently.

Off-peak and weekend services direct to Cannon Street on the Sidcup Line will end, with the majority of these services being transferred to Charing Cross, resulting in 4 trains per hour to Charing Cross.

On the Bexleyheath Line (serving Eltham, Kidbrooke and Blackheath), during the morning (6.30am-9.30am) peak there will be an overall loss of 2 train services, with 5 Charing Cross services being lost, 3 Cannon Street services being gained, and no changes to Victoria services.  The result is 21 trains to London in the morning peak (6 to Charing Cross, 9 to Cannon Street, 6 to Victoria) down from 23 currently.  In the evening (4pm-7pm) peak, there will be a total gain of 1 service, with the loss of one service from Charing Cross offset by gaining two services from Cannon Street and no change to services from Victoria.  The result is 19 trains from London in the evening peak (5 from Charing Cross, 8 from Cannon Street and 6 from Victoria) - up from 18 currently.

On the Woolwich Line (serving Abbey Wood, Plumstead, Woolwich Arsenal, Woolwich Dockyard, Charlton, Westcombe Park, Maze Hill and Greenwich) all trains will now go to Cannon Street, with Woolwich Line trains from Charlton via Lewisham now ending at Cannon Street instead of Charing Cross.  There will be 14 Southeastern services running via Woolwich to Cannon Street in the mornings (7am-10am), and 12 coming back in the evenings (4pm-7pm) with the 2-per hour Thameslink service unaffected by these changes.

You can read Southeastern's December timetable changes here, as well as a very clear summary of the changes on the Sidcup and Bexleyheath Lines published by neighbouring MP Louie French here.

Residents can sign a petition against the changes - which were introduced by Southeastern without any consultation - started by SE Nine Magazine at https://www.change.org/p/save-our-se9-train-services

Councillor Matt Hartley, Leader of the Conservative Opposition on Greenwich Council, said: "After years of being let down by Southeastern, these timetable changes are a further deterioration in the service we receive.  The lack of any consultation on these changes, as well as the haphazard way they have been announced, is unacceptable - and I have written to Southeastern to represent residents' concerns about this.  Southeastern representatives have been invited to a long-arranged forthcoming Scrutiny Meeting at the Town Hall in October, where I and other councillors will have the opportunity to grill them on these changes and other issues.

"In the meantime, I would urge residents to join the thousands of people who have signed SE Nine Magazine's petition on this to show Southeastern the strength of feeling about its deteriorating timetable."

UPDATE: Conservative councillors have written to Southeastern Managing Director Steve White opposing the planned changes, asking 13 specific questions about the planned changes to the Sidcup, Bexleyheath and Woolwich Lines, and calling on any changes to be postponed to allow time for a full public consultation.  Cllr Matt Hartley has also raised the lack of a consultation with the relevant Minister at the Department for Transport.  You can read both letters below.