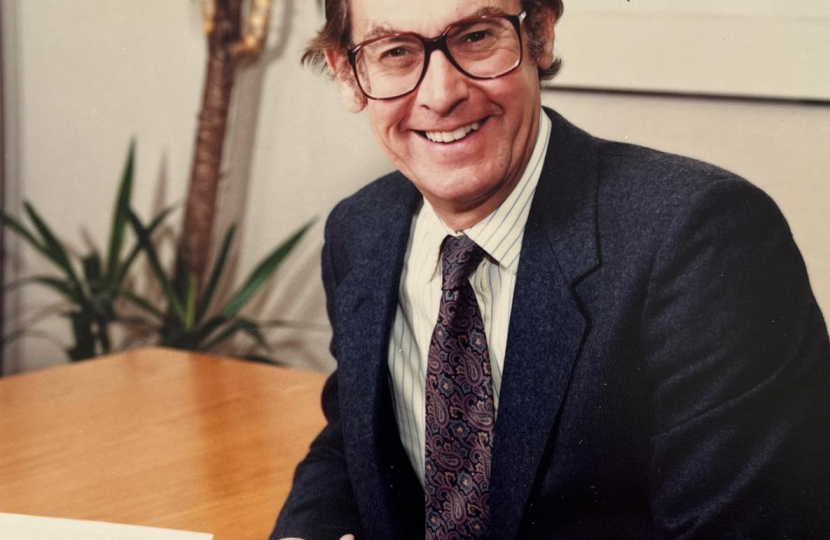 At this week's October Full Council meeting, Leader of the Opposition Councillor Matt Hartley paid a tribute to former Greenwich Conservative Councillor and Alderman (and Blackheath resident) Ian Hay Davison, who has passed away at the age of 92.  The speech is reproduced below, and you can ready Mr Hay Davison's obituary in the Daily Telegraph here.

Ian Hay Davison was a Conservative Councillor between 1961 and 1973 – serving first on the Metropolitan Borough of Woolwich, and then on Greenwich Council after 1965.  He was also an Alderman.

And while none of us here, of course, served with him as a councillor – our recent colleague, former councillor Geoff Brighty, did know Mr Hay Davison later in his life as a resident of Blackheath Westcombe ward, living on Lee Road.

Geoff and I have done some digging, and Mr Hay Davison was also a Governor of Greenwich Theatre for 13 years in the 60s and 70s, and also served as the Theatre’s Chairman for from 1968 to 1971.

He had a very full career of public service beyond the borough, too – including as Chairman of the Accounting Standards Committee, a member of the Audit Commission, and accepting a Bank of England appointment to become the Chief Executive of Lloyd’s of London in the 1980s.  He was a Trustee of the V&A and a Director of the Royal Opera House, along with many other voluntary roles in the arts.

Clearly Mr Mayor, Alderman Hay Davison was a very distinguished individual – and while none of us served with him, it’s only right that we recognise his contributions to civic life in this borough and beyond over many decades.