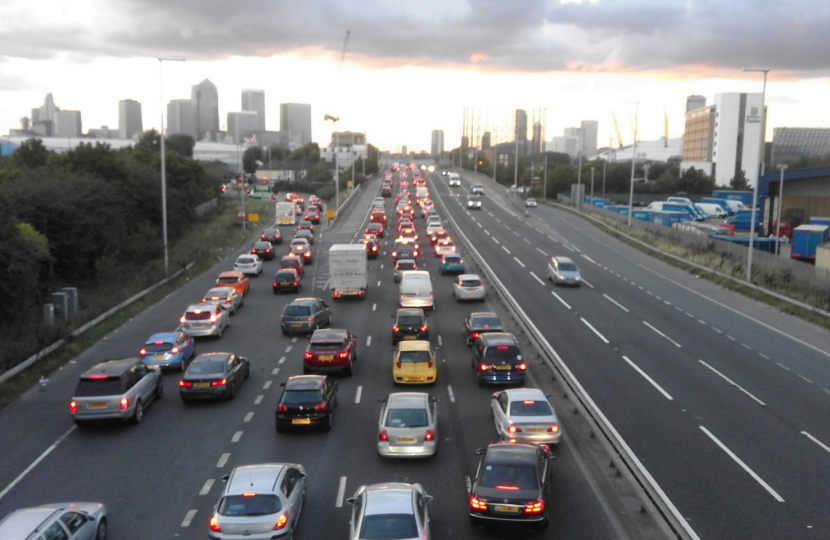 Conservative parliamentary candidate for Greenwich & Woolwich, Thomas Turrell, has expressed his disappointment that the Silvertown Tunnel will not include a Docklands Light Railway (DLR) extension to at least Kidbrooke Village. This follows the news this week that work will begin next year with a completion date of 2025.

Plans for a tunnel at Silvertown were first proposed as part of a package of new East London river crossings in 2011. However, since a change of Mayor at City Hall it appears the other road crossings have been axed. Thomas argues that the apparent scrapping of the proposed Belvedere bridge means there will be more demand on the Silvertown tunnel than initially planned for.

Conservatives in Greenwich have supported the principle of a Silvertown tunnel, but have always argued the opportunity should be used to extend the DLR and improve north-south public transport connections in the borough. A feasibility report into extending the DLR to Eltham suggested stations at Millennium Village, Westcombe Park, the Sun-in-the-Sands, and Kidbrooke Village. This would have reduced demand on buses and trains, as well as providing a huge boost for public transport in the Borough. Local Conservatives have also argued for Greenwich residents to be exempt from the tolls, similar to the scheme at the Dartford Crossing.

Following successful lobbying by Conservative councillor for Blackheath Westcombe ward, Geoff Brighty, TfL did add a noise barrier for the A102 in the plans for the new tunnel, meaning some relief for long suffering residents of Siebert Road and Invicta Road.

Parliamentary Candidate for Greenwich & Woolwich Thomas Turrell said "Both the Blackwall Tunnel and the Woolwich Ferry are at full capacity leading to more congestion and pollution. The Silvertown tunnel is being built to relieve these pressures as we do need more river-crossings in the East of London. However, I'm disappointing in the short-sighted decision of the Mayor of London to not proceed with the Belvedere Bridge, which would have taken traffic demands away from Greenwich. Our borough is crying out for more public transport capacity, and a DLR link would have reduced demands on roads by better connecting the north and south of our borough, it is a huge missed opportunity that this has not been included in the plans"

Our Further Financial Support for Jobs and Businesses

We are announcing a package specifically for those businesses which are not forced to close, but face reduced demand due to additional social distancing restrictions.