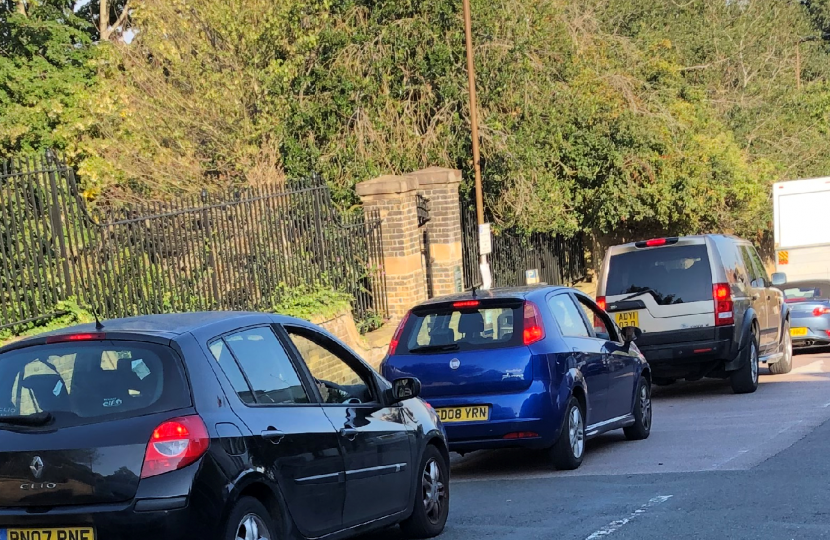 The new proposal would guarantee that all future proposed traffic management schemes, including LTNs, and all CPZs would be automatically referred to the council's Highways Committee, for scrutiny and input from councillors, residents and businesses.  The Conservative Group's motion will be put to a vote at the last Council meeting on 2022 on Wednesday night.

The move follows the Labour-run Council's adoption of a new Transport Strategy and Action Plans, which commit the council to "working with local communities to understand where traffic management schemes and Low Traffic Neighbourhoods could best be delivered across the borough" and "[expanding] the coverage of Controlled Parking Zones to the whole borough".  Conservative councillors have criticised the recent removal of the previous 'Attitude Survey' stage in the Consultation Process for new CPZs - which has reduced residents' input into parking arrangements in their areas.

Both LTNs and CPZs have proved controversial in the borough in recent years, with the Council introducing and then abandoning its controversial West Greenwich LTN and even Labour councillors recently criticising the Council's latest new CPZ in Eltham - which has been slammed by local businesses including the Tudor Barn.  At the same time, other parts of the borough where residents in specific areas want to see specific traffic problems resolved - including in New Eltham and in Mottingham - action has not been forthcoming.

Councillor Matt Hartley, Leader of the Conservative Opposition at the Town Hall, said: "We know that Greenwich Council intends to move at pace to implement new traffic management schemes, including LTNs, and also expand to CPZs to cover the whole borough.  Our new proposal to strengthen scrutiny of this work is all about ensuring the 'right scheme in the right place' - and making sure residents always get a say in advance.

"The Council has a Highways Committee which already has a remit to consider and advise on highways-related matters, including traffic management and parking.  However, its advice on future proposals is not routinely sought in advance.  By involving the Highways Committee up front, we can ensure better proposals in the future - and that residents and businesses have their say in advance.

"As it stands, I'm afraid the new Labour administration running Greenwich Council seems intent on limiting public consultation and pressing ahead with traffic and parking schemes regardless. I think that is just a recipe for controversy and wasted time and money. The Labour Cabinet may not know it, by I'm trying to do them a favour with this proposal - I hope they will join me in voting for it."

UPDATE: In addition to the motion, you can now read our 18 written Members Questions to Labour Cabinet Members below