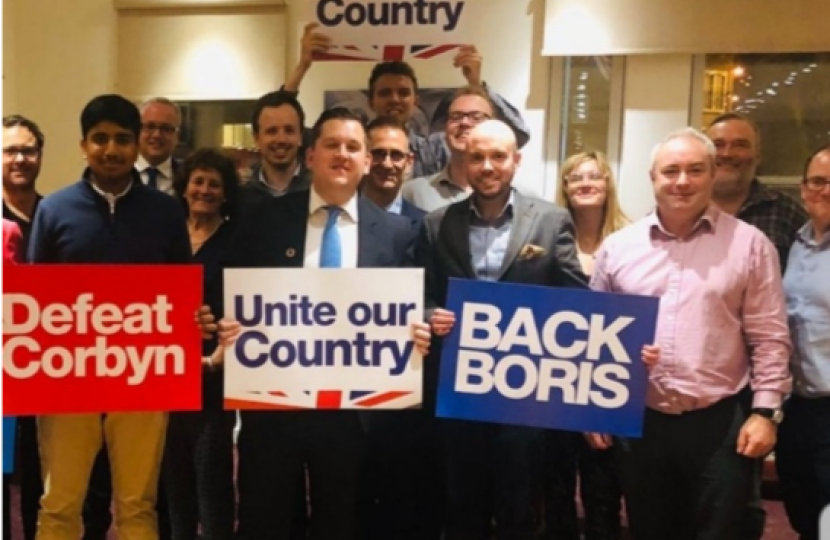 Louie French has beaten strong competition to be selected as the Conservative candidate to fight the next General Election in the Eltham constituency.

At a recent special meeting, Louie impressed local members with his passion and knowledge of the local area and his commitment to work towards uniting our country and defeating the multiple threats of a Jeremy Corbyn government.

Commenting on his selection, Louie said:

“As a South East Londoner, it is a huge honour for me to be selected to stand as the Conservative candidate for Eltham at the next election.

Eltham and our part of London matters and I will ensure when the time comes that local people will no longer be ignored by those in Westminster”.

“We are really pleased to have Louie as our candidate to fight the next General Election. We had a number of excellent candidates apply, but members have put their faith in Louie and we are all united behind him in our shared aim of beating Labour in Eltham”.

Louie is a proud South East Londoner. Born in Greenwich, Louie was raised by a single mother on the Bexley and Eltham border and has served as a local Councillor since 2014.

However, Louie is not a career politician and local residents will often see him commuting to his career in the City, where he specialises in ethical and green investing for charities and individual savers.

Many residents will also know Louie as someone that has supported a number of local charities over the years and as a vocal critic of Sadiq Khan’s draft London Plan, which is already leading to unsustainable development locally.