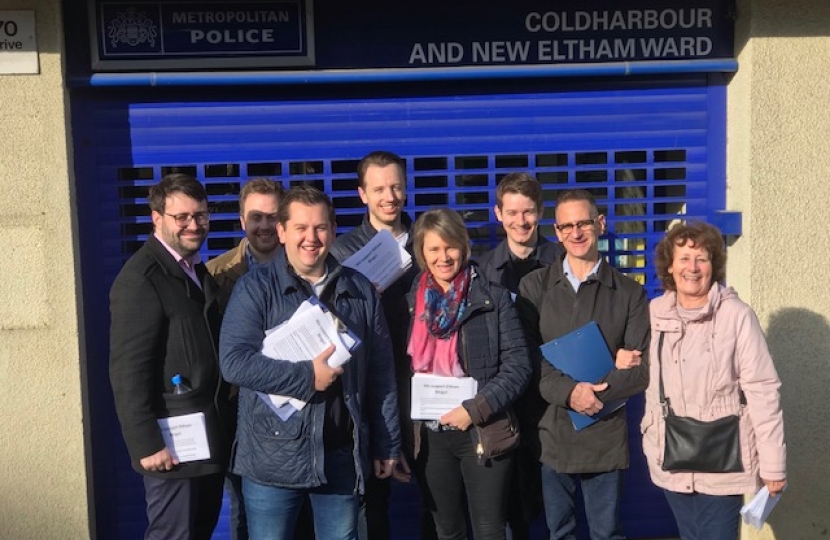 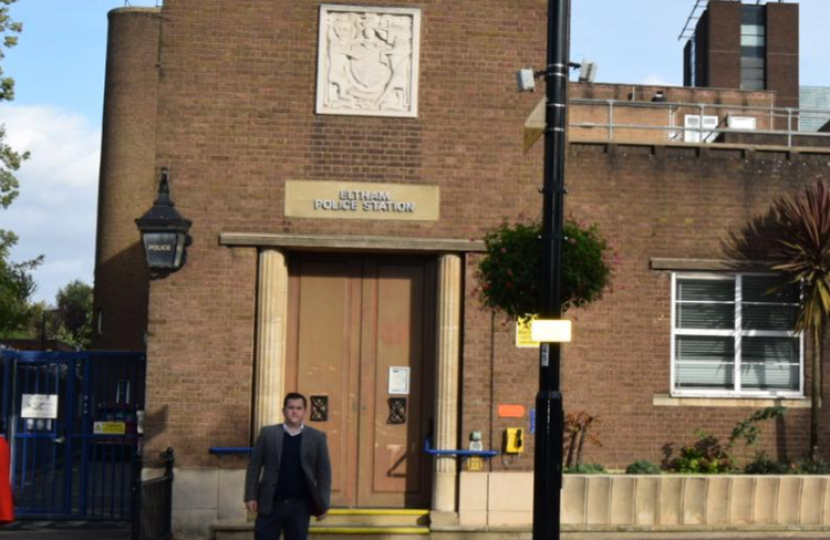 Following the Home Office announcement of an extra 20,000 police
officers to be recruited across every police force in England and
Wales, Eltham Conservative Parliamentary Candidate Louie French has
asked for South East London to get its fair share.

The Home Office has today confirmed the officer recruitment targets
for every police force in England and Wales for the first year of the
unprecedented drive to increase their ranks by 20,000 over the next 3
years.

London’s Metropolitan Police force has been allocated almost 7%
(1,369) of the new police Officers, but when Louie French asked
Greenwich Council’s Labour leadership whether they had lobbied to
ensure Eltham got its fair share, they did not provide an answer.
Louie raised the question of extra police officers for Eltham at last
week’s ‘Eltham and Shooters Hill’ Better Together meeting but the
Labour Councillors in charge chose not to respond directly to his
question.

Strengthening police numbers is a priority for the government, which
is providing £750 million to support forces to recruit up to 6,000
additional officers onto our streets by the end of 2020 to 2021, the
first stage in this new uplift. This is thanks to the additional
funding announced by the Chancellor in the Spending Review.

The Home Secretary Priti Patel has said “The public are clear they
want to see more police officers on their streets, whether they live
in the city or the countryside.  This is the people’s priority and it
is exactly what the government is delivering.

All officers recruited as part of the 20,000 uplift will be additional
to those hired to fill existing vacancies. They are also on top of the
extra officers already being recruited because of the £1 billion
increase in police funding for 2019 to 2020, which includes money from
council tax and for serious violence.”

The announcement of extra police follows the establishment of a £25
million Safer Streets Fund which aims specifically to provide extra
funding to prevent burglary and theft in crime hotspots through
initiatives that could include interventions to improve home security,
such as installing better locks and gating alleyways, and making
streets better lit at night, for example.

The Home Office has also announced £10 million of funding to increase
the number of officers carrying Taser to keep themselves and the
public safe and confirmed plans for a police covenant that will focus
on the physical protection of officers, their health and wellbeing and
support for their families.

Eltham Conservative Parliamentary Candidate Louie French said “Boris
Johnson’s government is doing the right thing by supporting the police
with extra funds for more officers and initiatives like the Safer
Streets Fund to help prevent burglary.  However, I was surprised that
Greenwich Labour could not confirm that it has asked or will ask for
these funds to come here, which means our part of South East London
may not get its fair share.

If I am elected to be Eltham’s MP, I will make getting our fair share
of extra police resources a priority so that our communities are safer
and our hard working local police teams are better supported.  As your
MP, I will also work to make sure that Eltham Police Station is
reopened fully, as we’ll need somewhere to put all the extra police
officers the Government are recruiting!”