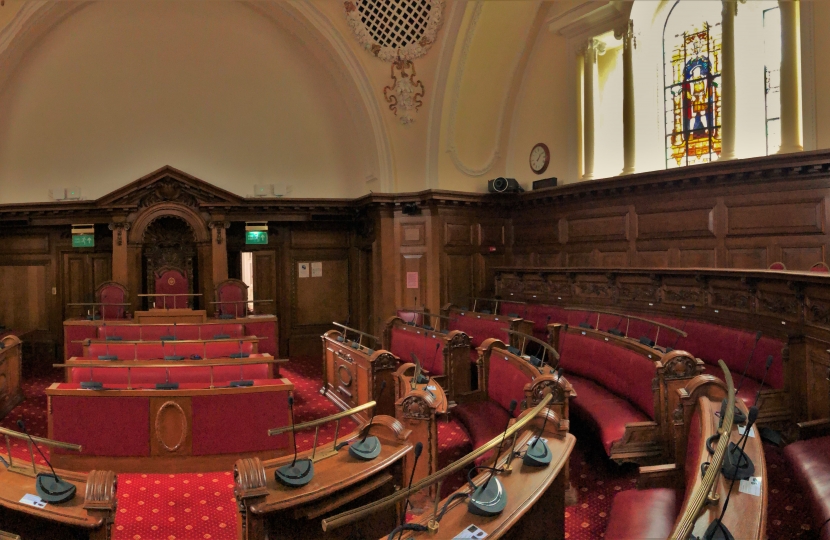 Greenwich Conservatives have condemned the local Labour Council for restricting the rights of local residents to ask questions at future Council meetings. At this week’s Council meeting,  the Royal Borough of Greenwich’s Labour Councillors forced through a further set of changes to the Council’s Constitution, despite the opposition of Conservative Councillors, who say the changes will give unfair advantages to the ruling Labour Party.

The rules were changed to allow the Labour Mayor to rule out any question by members of the public which the Mayor "feels to be improper". Extra categories of questions which the public would not be allowed to ask the Labour Cabinet were also added, including "if the Council has resolved the issue raised and the question has been brought to a close."  Fears have been expressed that this could be abused to prevent legitimate questioning of previous Council decisions.

Another change voted through will allow leading Labour Councillors to use the machinery of the Council and its taxpayer-funded communications staff to publicise their views "to correct the factual position” during election campaigns, despite similar such publicity being forbidden under nationally agreed ‘purdah’ rules for local government.

Finally, an amendment to the protocol governing Councillors' behaviour effectively bans elected members from publicly criticising the competence of Council staff (known as Council officers). The rules already require Councillors to show respect to Council officers, and to make any criticisms in a constructive manner, but the new provision adds that they must also "not criticise their behaviour or competence in any public forum where the officer has no ability to defend themself". This wording is so widely drawn that it might prevent legitimate public criticism of specific failures in council services.

The wide-ranging and permanent set of changes was forced through in the teeth of opposition from Conservative Councillors, and comes in the wake of temporary changes to the Council’s Constitution during the Pandemic where questions from the public were removed entirely from Council meetings; committee meetings to scrutinise Cabinet decisions were cancelled, and Councillors were banned from asking written questions.

Eltham Councillor Spencer Drury spoke out against the proposals at the Council meeting. Speaking after Labour forced them through, he said:

“Once again Greenwich's Labour Council are taking steps to prevent people questioning their behaviour.  Since the last Council elections in 2018 Labour Councillors have repeatedly voted to stop the public or Opposition Councillors from being able to question their elected representatives.  Behind the scenes I know many Labour Councillors are unhappy with their leadership’s dictatorial approach and its refusal to listen to residents, but in public not a single one of them expresses any concerns or votes against these restrictions. Personally, I’d like my elected representatives to listen to me, which is why I would encourage all Greenwich residents to vote Conservative at the by-elections this May, and reject this undemocratic Labour Party.”

"The way these changes have been made is simply unacceptable. Time and time again Labour has used its majority on the Council to change the rules in ways that benefit them and clamp down on dissenting voices. These rules are not some internal housekeeping issue - they are part of the constitution which should protect the rights of local residents and their elected representatives to question those in power. This issue shows once again how vital it is to have strong opposition voices in the Council chamber to hold Labour to account, and why people should vote to strengthen that voice by electing more Conservatives to the Town Hall."

You can watch the video of the debate at the council meeting on YouTube via this link.

Every four years, all 51 seats on Greenwich Borough Council come up for election. Your local Conservatives are determined to win as many of these seats as possible. To do that, we need to find good candidates now.