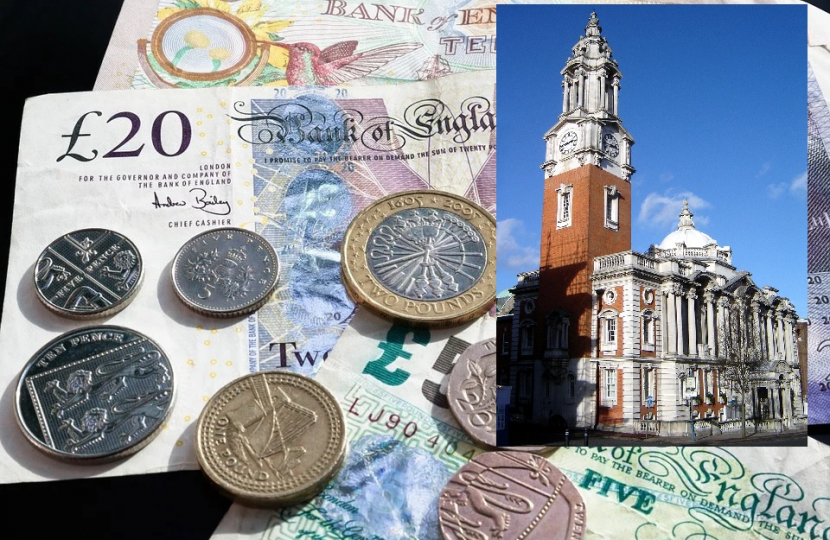 Greenwich's Labour Councillors have ignored Conservative calls to freeze Council tax in the Borough in response to the rising cost of living, and voted to increase bills for residents. The Opposition Conservative Group put forward a costed plan to halt the increase, using extra funds available from the government, but the proposal was voted down by the Labour majority in the Town Hall.

Bills will increase by a total of 3%, with the Labour Mayor of London also increasing his share of local Council Tax by a massive 8.8%. In total, Labour's tax rises will cost households at Band D an extra £70 per year.  At the same time, Labour Councillors once again rejected calls to cut wasteful spending on unnecessary publicity and additional Councillors' allowances.

The Conservative alternative budget contained costed proposals to help residents and local businesses recover from the impact of the pandemic, and target additional support to those most in need. The amendment to Labour's plan contained proposals to:

The Conservative plan set out over three-quarters of a million pounds in annual savings from cutting wasteful spending, including the Council's fortnightly "Greenwich Info" publication, which costs taxpayers nearly half a million pounds per year. It would also have cut the cost of politics locally by reversing the increases in allowances paid to Labour Councillors, which the current leadership voted through after the last election.  It would not have cut any frontline services, and included the 1% Council Tax precept to fund social care costs.

Whilst Labour locally and at City Hall are increasing Council tax, the Conservative Government has announced it will provide additional support with a £150 payment to most households to help with their Council Tax bills this April.

After proposing the alternative budget, the Leader of the Opposition, Councillor Nigel Fletcher, said:

"At a time when households across Greenwich are feeling the rise in the cost of living, it cannot be right for us to increase bills if we can avoid it. We have shown how it can be avoided, whilst also providing extra help to vulnerable people and supporting measures to help our residents and high streets recover from the pandemic. I'm disappointed that once again, Labour has not listened."

You can watch the debate on the Conservative alternative budget from this month's Council meeting on the Council's website by clicking here.