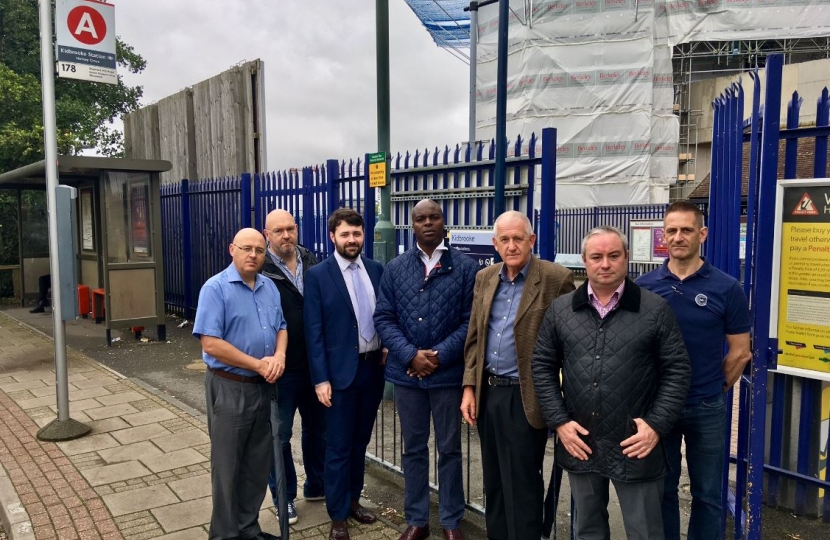 Conservative parliamentary candidate for Greenwich and Woolwich, Thomas Turrell, has welcomed the introduction of the new 335 bus route from Kidbrooke to North Greenwich following a Conservative campaign.

Back in 2017 Blackheath Westcombe councillor Geoff Brighty and Thomas Turrell ran a campaign calling for a new route connecting North Greenwich to Kidbrooke Village. The campaign included a petition signed by over 300 people calling for a new route to be set up. The petition was presented to Transport for London by Conservative London Assembly member Shaun Bailey, who has since been selected as the Conservatives candidate for Mayor of London.

The new bus, which began operating in October, will boost capacity on the 132 and 108 buses. The route should also help reduce demand on Kidbrooke station by providing a direct link for residents of the development to the jubilee line, helping to address the challenges from the increasing population at Kidbrooke village.

Blackheath Westcombe ward councillor Geoff Brighty said “Kidbrooke Village is going to bring a lot of new people to the area, and it keeps getting bigger – putting more pressure our overstretched trains and buses. With more capacity provided between Kidbrooke and North Greenwich our next challenge is getting a new bus link between the Royal Standard and the new Sainsbury’s and M&S on Charlton Riverside”.

Conservative parliamentary candidate for Greenwich and Woolwich, Thomas Turrell, who previously led the successful campaign for more capacity on the 108 route added “I was a daily 132 user from North Greenwich to Kidbrooke Park Road, the bus filled up at the start so more it was clear how badly more capacity was needed. There just was not enough planning for the population increase caused by Kidbrooke Village, which is still growing, so I’m incredibly proud we were able to get this result for the community”.

Conservative candidate for Greenwich & Woolwich at the 2019 General Election, Thomas Turrell, has thanked voters who gave him their support on Thursday 12th. Thomas received over 11,000 votes (22% of the vote) holding second place.