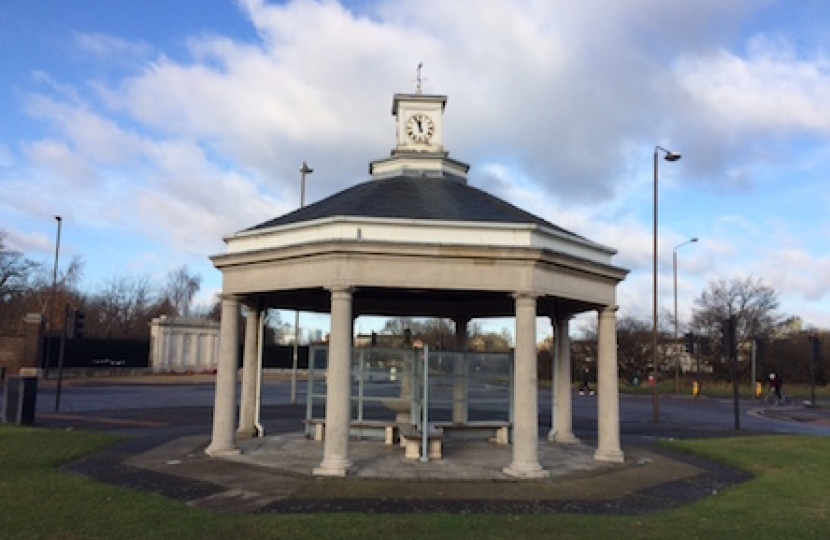 Since July 2017, Blackheath Westcombe Councillor Geoff Brighty has been working to get the Gibb Memorial, at the top of Maze Hill, repaired by Greenwich Council. The four clocks at the top of the memorial had stopped working and the benching and glazing on the memorial had been damaged, with some glazing missing altogether.

Most of the work was completed by September. Unfortunately, the clocks needed more work. After a follow-up request by Cllr Brighty, an engineer was sent to inspect them and they were repaired again.

The Council plans further work to the memorial, which includes replacing the timber boarding in the ceiling.