Books of condolence for Her Late Majesty Queen Elizabeth II 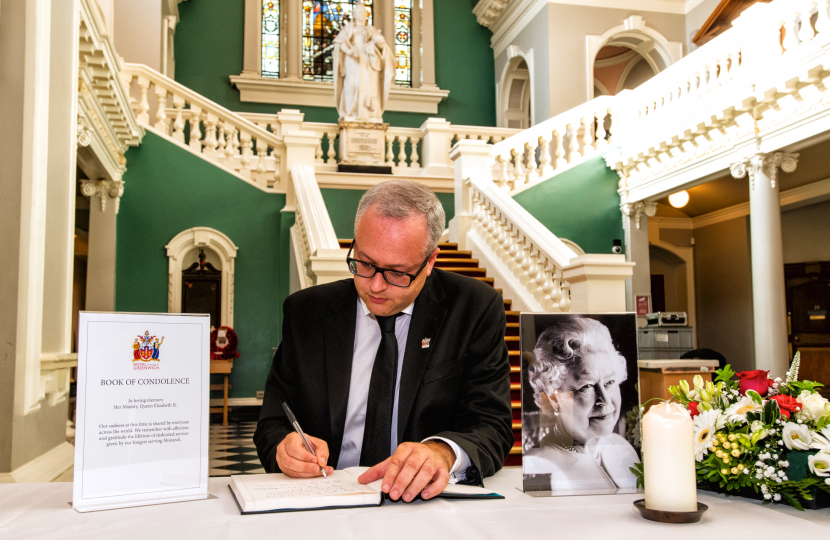 Books of condolence for Her Late Majesty Queen Elizabeth II are open for any resident of the Royal Borough of Greenwich to sign at the Eltham Centre, Greenwich Centre and Woolwich Town Hall until Tuesday 20th September 2022.

A book of condolence is also open at St John the Baptist Eltham Parish Church, 2 to 4pm every day this week and 9.30am to 2pm on Saturday 17th.

Yesterday, Councillors Matt Hartley, John Hills and Pat Greenwell were joined by former Leaders of the Opposition Spencer Drury and Nigel Fletcher and former Opposition Chief Whip Geoff Brighty in attending the reading of the local reading of the Proclamation of King Charles III at Woolwich Town Hall.

A Special Council meeting will be held on Wednesday 14th September, at which councillors will speak in support of a motion of condolence to the Royal Family.