Nigel is the Leader of Greenwich Conservatives, and serves as Leader of the Opposition on Greenwich Council. He was elected as Councillor for Eltham South ward in the 2018 elections, having previously represented Eltham North between 2005 and 2014. He became leader of the Conservative Group on the Council in 2020, after two years as Deputy Leader. As well as being responsible for the Group's overall political strategy, he is the Opposition Spokesman for Culture, a long-standing interest.  In his professional life, Nigel teaches politics and contemporary history at King's College London.

The Labour administration of Greenwich Council has again rejected a Conservative proposal for enhancing community policing in our town centres, despite their 2018 manifesto pledge to voters, and their own party's recent policy in favour of such moves.

Greenwich Conservatives have renewed our call for commuter rail services in South East London to be devolved to Transport for London, following the government's sacking of train operator Southeastern over serious financial concerns.

The Local Government Boundary Commission has published its final recommendations for the Royal Borough of Greenwich, confirming the new wards that will elect councillors from next year.

Council again urged to listen to residents on traffic measures

Greenwich Council is being urged to consult residents better on the impact of current and future traffic measures in the Borough, as Opposition Councillors announce a public meeting on the issue.

The Labour leadership of Greenwich Council has refused to honour its manifesto promise to ensure that local police teams "are based as close to the communities they serve as possible", by voting against a move to retain a local police base in Eltham Town Centre.

Last week's elections in Greenwich have shown a significant boost in Conservative support in the Borough, with strong performances by our candidates for the London Assembly and local Council by-elections, and swings from Labour to the Conservatives of up to 10%.

Greenwich Conservatives have condemned the local Labour Council for restricting the rights of local residents to ask questions at future Council meetings. At this week’s Council meeting,  the Royal Borough of Greenwich’s Labour Councillors forced through a further set of changes to the Council’s

Greenwich Conservatives have called for a halt to unpopular traffic measures in the Borough, demanding that the Labour Cabinet seek explicit public approval in a local referendum before any more are introduced. 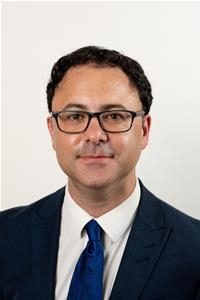