Councillor for Coldharbour and New Eltham

Matt has served as a councillor for Coldharbour & New Eltham since 2014, and spent five years as the Leader of Greenwich Conservatives between 2015 and 2020.  He stood as the Conservative Parliamentary Candidate for Greenwich & Woolwich in 2015 and for Eltham in 2017.

Away from politics, Matt works for a national advice charity.  He also serves as a Director of Greenwich and Bexley Credit Union.

Amidst the unprecedented Coronavirus outbreak, the Royal Borough of Greenwich has set up a centralised volunteering programme enabling residents to sign up to help others in the community - with delivering food, medicines, dog walking or staying in touch to reduce the risks around social isolatio

Councillor Matt Hartley has announced his intention to step down as Leader of Greenwich Conservatives after five years in the role.  The Coldharbour & New Eltham ward councillor announced on Friday that "it is time for the honour to pass to someone else" and that a new Leader would be elected 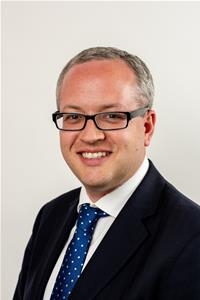