John was first elected to Greenwich Council in 2000, when he won a by-election and has continued to be re-elected on six consecutive occasions, including being re-elected in 2022 to serve the new Mottingham, Coldharbour and New Eltham ward.  John represents our local party on Armed Forces issues and has lots of experience as a local school governor.  He also chairs the Community Association of New Eltham (CANE).

Greenwich Conservatives have marked Armed Forces Day 2020 by launching a renewed campaign to keep the Army in Woolwich by lobbying the Ministry of Defence to reverse their decision to close Woolwich Barracks.

Conservative councillors last night secured an improved package of support for the borough’s veterans and members of the Armed Forces, after receiving a briefing on what more the council could be doing from the Royal British Legion. 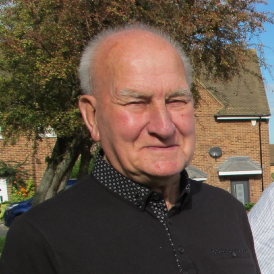