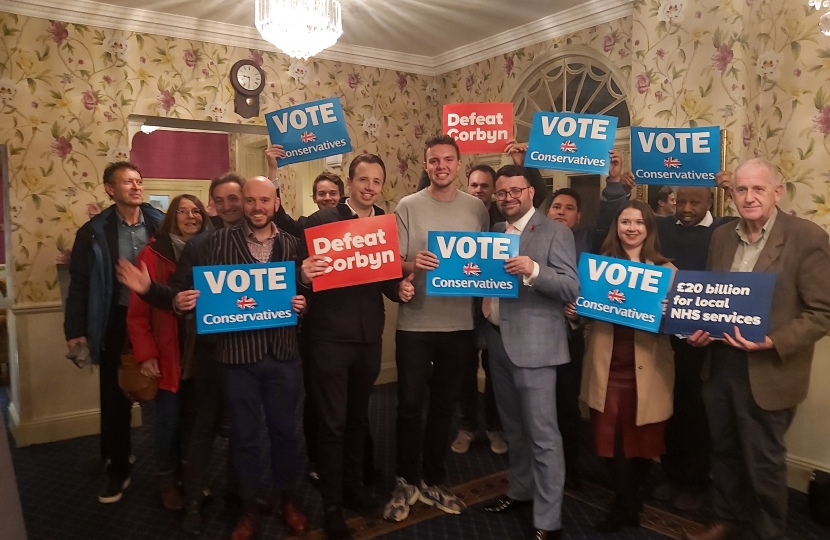 Conservative members in Greenwich and Woolwich have selected campaigner Thomas Turrell as their candidate ahead of the General Election on the 12th December.

Thomas lived in Greenwich for close to a decade and led a number of campaigns, most notably the campaign which lead to the introduction of the 335 bus connecting Kidbrooke to North Greenwich. He previously stood for election to Greenwich council in Blackheath Westcombe and Greenwich West wards.

Generations of his family have come from the area, with his grandfather serving in the army at Woolwich before setting up a grocery shop in Woolwich. Thomas has been an active part of the community having been a Trustee of the Maryon Wilson Animal Park Trust and a School Governor in the borough. Thomas studied at the University of Greenwich and currently works in the financial services sector.

Speaking after the selection Thomas said “I’m so thankful to everyone in the room for their support. I am excited for the campaign ahead and look forward to the campaign ahead where I’ll be making a positive case as to why I want to your MP. I know this area well, I’ve lived here, worked here and been a commuter from local stations. I’ve already got a track record of action by getting extra capacity on the 108 bus and helping to secure the new 335 bus. This community played a huge role in my life for close to a decade and now I want to be it’s champion in parliament”.

Conservative London Assembly Candidate councillor Charlie Davis welcomed Thomas’s selection saying “I’ve known and worked with Tom for many years. I’ve seen first-hand the passion and commitment he brings to the campaigns he runs, I’ve seen how deeply he cares about our community and look forward to getting out on the campaign trail with him”.