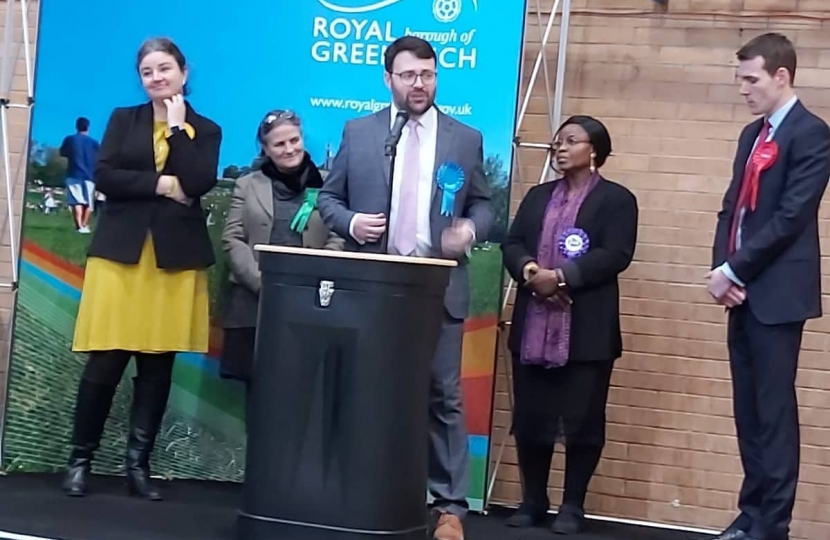 Conservative candidate for Greenwich & Woolwich at the 2019 General Election, Thomas Turrell, has thanked voters who gave him their support on Thursday 12th. Thomas received over 11,000 votes (22% of the vote) holding second place. Labour’s majority in Greenwich and Woolwich was reduced for the first time since 2005.

Thomas said “Thank you ​to the circa 11,000 people who put their faith and voted for me. While I haven’t been elected myself​, residents still have a strong team of Conservative councillors to champion their concerns in the town hall. I’m pleased with the positive campaign I ran – focusing on my plan for the area and my record as a campaigner”.

London Assembly candidate Charlie Davis said “​I wanted to give a big thank you to Tom for his work as our candidate. Tom has a successful record as a campaigner and was the only candidate to mention Crossrail at the three hustings. With Londoners heading back to the polls in six months to elect the Mayor of London and Assembly Members I look forward to building on some of issues raised in Tom’s campaign such as the need to get Crossrail delivered with no more delays or excuses”.