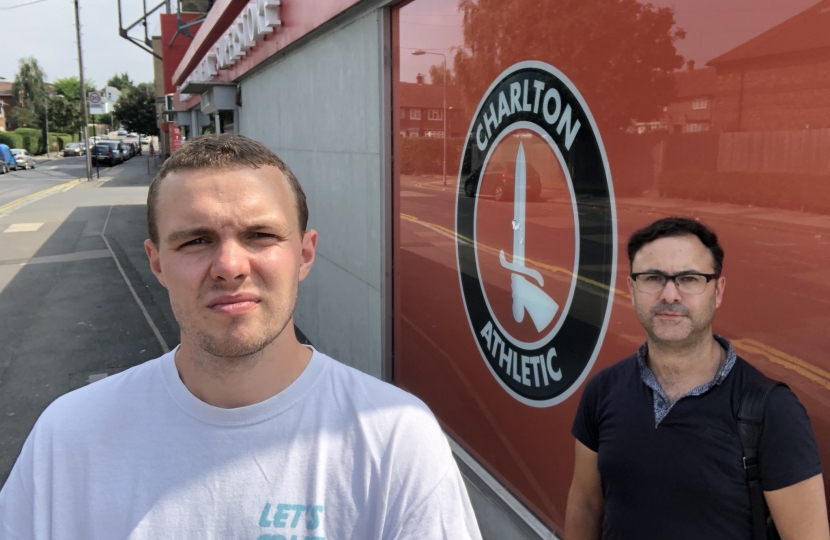 Greenwich Conservative Councillors have called on the government to step in and help save Charlton Athletic FC, as the club faces the prospect of expulsion from the English Football League.

"The situation has caused great concern, not just to fans of the club but to many residents living in our community in the Royal Borough of Greenwich. Charlton Athletic play an important role in the local community, not least through the work of the Charlton Athletic Community Trust (CACT)....

"We are therefore extremely concerned that Charlton’s future as a Football League club is under imminent threat. This concern is amplified by the fact that our community would not be the first to suffer as a result of the poor management and governance of the EFL in the last twelve months. The community of Bury have lost their club due to the failures of the Football League, whilst Bolton Wanderers narrowly held onto theirs. How many more clubs need to be in this situation before genuine reform and change happens? Once we have been able to save Charlton, the focus needs to turn to reform to ensure no club or community is in this situation again."

"It is inconceivable to think that we could be facing the loss of our local football team, with all the good work it does. Charlton fans have shown over the years how formidable they can be in defending the club, and they have swung into action again. We are backing them 100% to ensure that Charlton Athletic remains at the heart of our community, and we're calling on the government to do the same."

The full text of the letter is attached.