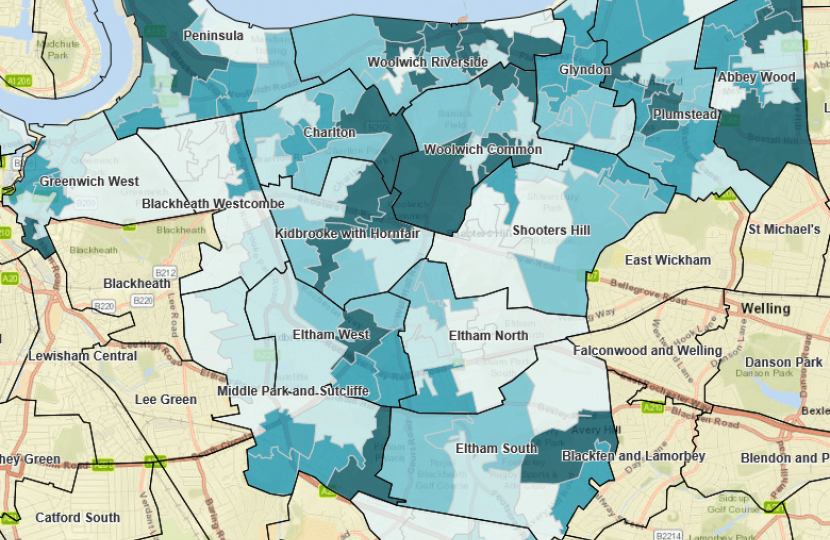 Conservative councillors are set to propose a new 'Greenwich Against Loneliness' campaign to boost efforts to tackle loneliness across the borough.

The plans, which would see Greenwich Council lead a high-profile campaign to raise awareness of the problem of lonliness, and mobilise local residents to help tackle it, will be put to a vote at July's meeting of Full Council at the Town Hall (18th July).

Research from Age UK has identified 27 'very high risk' neighbourhoods in the borough for loneliness risk, located in Coldharbour & New Eltham, Eltham South, Middle Park and Sutcliffe, Eltham West, Kidbrooke with Hornfair, Greenwich West, Peninsula, Charlton, Common, Woolwich Riverside, Thamesmead Moorings, Plumstead and Abbey Wood wards.  Figures from the Campaign to End Loneliness estimate that more than 2,800 older people in Greenwich fell lonely 'all or most' of the time, while only 42% of adult social care users locally say they feel they have as much social contact as they would like.

Councillor Matt Hartley, Leader of Greenwich Conservatives, said: "Too many people in our borough are experiencing the crushing feeling of being alone. As councillors we see it week in, week out at our surgeries and through our casework - and it's time for a renewed focus on tackling loneliness as a serious public health issue across Greenwich."

"There is lots of good work going on in our local voluntary sector, and at the council too - but as the Jo Cox Commission has found, there is more that local authorities can do.

"The Greenwich Against Loneliness campaign that we are proposing would mobilise residents to support a new drive against loneliness in the borough - by reaching out to their neighbours and volunteering their time for befriending services and new ideas like the Great Greenwich Door Knock.

"Crucially, it will ensure that opportunities to tackle loneliness are seized across all areas of the council's work. I hope that my fellow councillors will back the proposal at Wednesday's meeting."

The motion will be proposed by Cllr Hartley and seconded by Eltham South councillor Cllr Pat Greenwell.

Read more about the proposal on Matt Hartley's website