Naveed Mughal to stand as Conservative candidate in Glyndon by-election 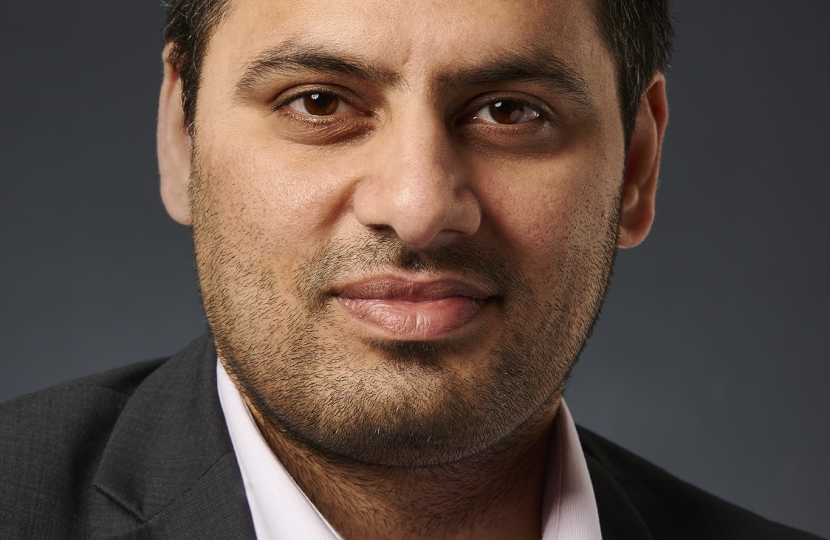 Local businessman Naveed Mughal has been selected as the Greenwich Conservatives candidate for the forthcoming Glyndon ward council by-election.

The by-election, which has arisen following the sentencing of Labour councillor Tonia Ashikodi for housing fraud, will be held on Thursday 9th April and will give residents of Glyndon ward the opportunity to elect a new representative on Greenwich Council.

Naveed Mughal, 35, is a professionally qualified accountant and former Special Constable. An active member of the Ahmadiyya Muslim Community UK, Naveed has extensive experience of volunteering and public service, including youth work. He was selected by local Conservatives from a competitive field of candidates on Monday night.

“It is an honour to have the opportunity to stand to represent Glyndon residents on the council. I look forward to speaking to voters about the issues that matter to them and my plan for the area - including taking action on flytipping and street cleaning and providing more opportunities for young people.”

Councillor Charlie Davis, who will be campaigning alongside Naveed Mughal as the Conservative candidate for Greenwich & Lewisham in the GLA elections, said:

“Naveed is a first rate candidate who will make a strong representative for Glyndon ward on Greenwich Council.  Glyndon residents have been badly let down by the Labour Party - not just through the appalling actions of Tonia Ashikodi, but over years of neglect for the area. This by-election is an opportunity to bring about positive change, and I look forward to campaigning alongside Naveed to bring that about.”

Despite uncertainty over the possible postponement of the Mayoral/GLA election amidst the current Coronavirus outbreak, the Glyndon by-election is expected to continue to take place on April 9th.

For further details of the background to the Glyndon ward by-election see the extensive reporting of Tonia Ashikodi’s trial on local news outlet 853.