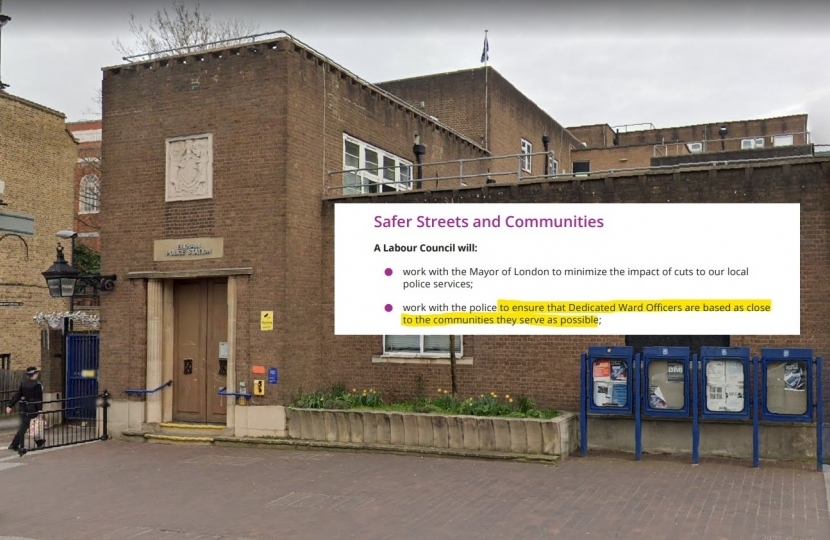 The Labour administration of Greenwich Council has again rejected a Conservative proposal for enhancing community policing in our town centres, despite their 2018 manifesto pledge to voters, and their own party's recent policy in favour of such moves.

Opposition Councillors put forward a modest plan to this week's full Council meeting, asking the Council to offer space in Council buildings such as the Eltham Centre, for police officers to use as a base during their shifts. Eltham Police Station has now closed, and officers working on the beat in Eltham now have to travel to and from Sidcup.  The motion presented by the Conservatives called for similar facilities to be made available by the Council in other town centres in the Borough, and for the Council to lobby the Mayor of London for additional Town Centre police teams as part of an expansion of neighbourhood policing.

Labour Councillors at the Town Hall voted against the proposal, amending the motion to remove the actions suggested by the Opposition. This was despite their pledge to voters in their 2018 manifesto, which promised they would: “work with the police to ensure that Dedicated Ward Officers are based as close to the communities they serve as possible”

The stance of Greenwich Labour politicians is also out of step with their party's promises nationally. Last month, Labour's Shadow Home Secretary announced plans for "An increased police presence in communities" with "police hubs that would be "located in visible and accessible places in communities, providing a place the public can go to talk to the police and other agencies in person."

"Once again, Labour in Greenwich is failing to live up to its promise to voters on neighbourhood policing. They said they would ensure ward officers were based as close to their communities as possible, but are now refusing to offer empty space in a Council building as a local base for our hard-pressed officers, who instead have to go back and forth to Sidcup. It would cost the Council little or nothing to make this happen, but they stubbornly refuse even to discuss the idea."

Greenwich Conservatives have launched a petition and campaign to get Labour to keep their promise and Back Eltham's Police, which you can sign on this site.

You can view the Council debate on the motion on the Greenwich Council website. 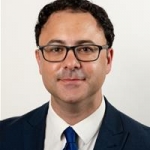 Nigel is the Leader of Greenwich Conservatives, and serves as Leader of the Opposition on Greenwich Council. He was elected as Councillor for Eltham South ward in the 2018 elections, having previously represented Eltham North between 2005 and 2014.