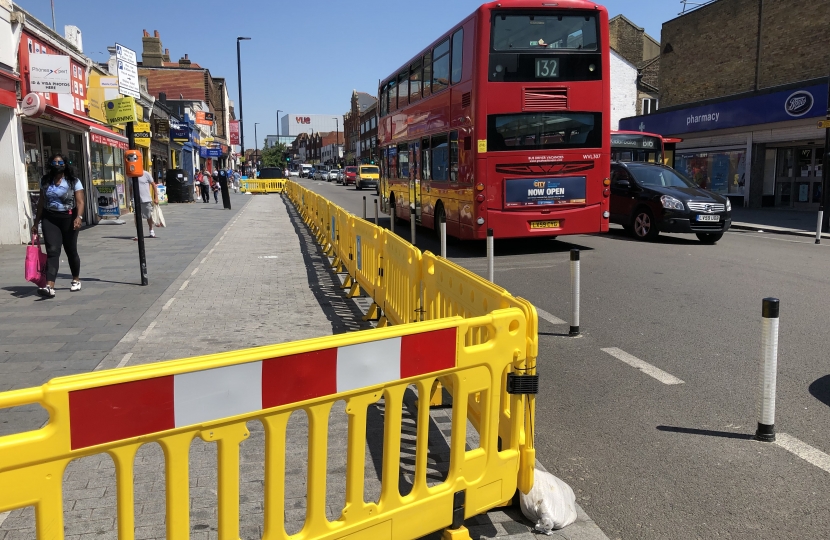 Greenwich Conservatives have won backing for a new scheme to support businesses and charities hit by the impact of COVID-19 in the Royal Borough.

A motion proposed by the Conservative Opposition Group on the Council won cross-party support this week, with the Labour majority Group agreeing to vote it through. The motion noted the serious effect the COVID-19 emergency has had on local businesses and charities, and called for a new "Buy Local" campaign to encourage residents to spend money locally.

Despite unprecedented levels of financial support from the Government, which in Greenwich has amounted to over £30 million in grants to businesses, many are facing an uncertain future. Conservative Councillors have kept in close contact with local business owners and charities to hear their concerns and help them get the right support. As well as proposing a new promotional campaign, the motion also called for the introduction of a voluntary loyalty scheme that would enable customers to be rewarded for spending money locally.

"We are, hopefully, beyond the worst of the COVID-19 outbreak for now, but the economic impact is perhaps only just beginning, and will potentially be with us for much longer. If we want to save local shops, businesses and charities, we need to do all we can – and urge local people to join us in doing so.

"These are people’s jobs and livelihoods, but they are also important parts of our communities – whether it’s heritage assets like Severndroog Castle, entertainment venues like Greenwich Theatre, pubs like the Pelton Arms or our familiar local independent shops. COVID-19 has taken so much away from us – but it has also showed us the power of community spirit when we all pull together. We are going to need that spirit again in the next phase of this crisis, and I hope we can all agree tonight to begin that work."

The motion was seconded by Councillor Geoff Brighty, Greenwich Conservatives' Spokesperson for Business and Enterprise, who paid tribute to small local shops which have faced severe challenges during the pandemic, and also raised concerns about rent rises for some of them being proposed by the Council. He added:

"They've done a great job and I think we ought to express our appreciation for the job they've done at a difficult time.  I hope we can all unite in showing our support for local businesses and wishing them well, and remember that if we don't use them, we'll lose them."

You can watch the full debate on the motion from the Council meeting on YouTube by following this link.

Greenwich Conservatives have championed local businesses and campaigned for greater support from the Council to help our high streets and parades survive and recover from the effects of the COVID-19 pandemic.

We have called for: