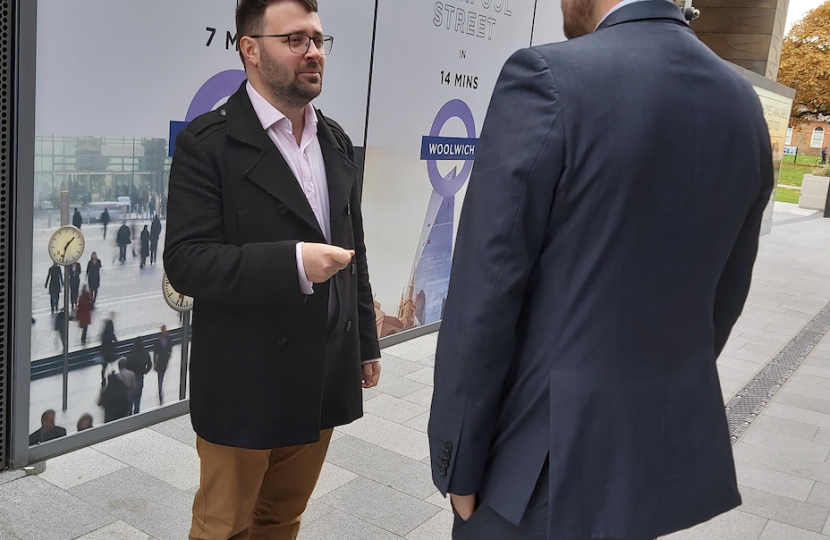 Conservative Parliamentary candidate, Thomas Turrell, and London Assembly Candidate, Cllr Charlie Davis, have criticised the Labour Mayor of London after it was revealed that the opening of Crossrail will be delayed until at least 2021 – over two years after the original opening date of December 2018.

The project was on track to be delivered on time and on budget by the previous Conservative Mayor, Boris Johnson. However, since Labour took control of City Hall the project hassuffered significant setbacks and delays. Now the new line is not due to open until at least 2021 and needs a further cash injection of between £400m and £650m. The project, which was initially budgeted at £15.9bn had previously had it’s budget increased to £17.6bn.

Conservative parliamentary candidate for Greenwich & Woolwich, Thomas Turrell, said “Four years ago Crossrail was a well-managed project set to provide a boost to rail capacity in places like Woolwich. Now the project has become a fiasco; it’s millions over budget and on course to be two to three years late. The Mayor urgently needs to get a grip and deliver the project without any further delays”.

London Assembly candidate, Cllr Charlie Davis, added “Residents and local businesses in Woolwich and Abbey Wood need answers as to how this project has become such as farce. We need to ensure local businesses who have invested in expectation of Crossrail opening in 2018, do not just survive till 2021 but we can help them thrive too”.