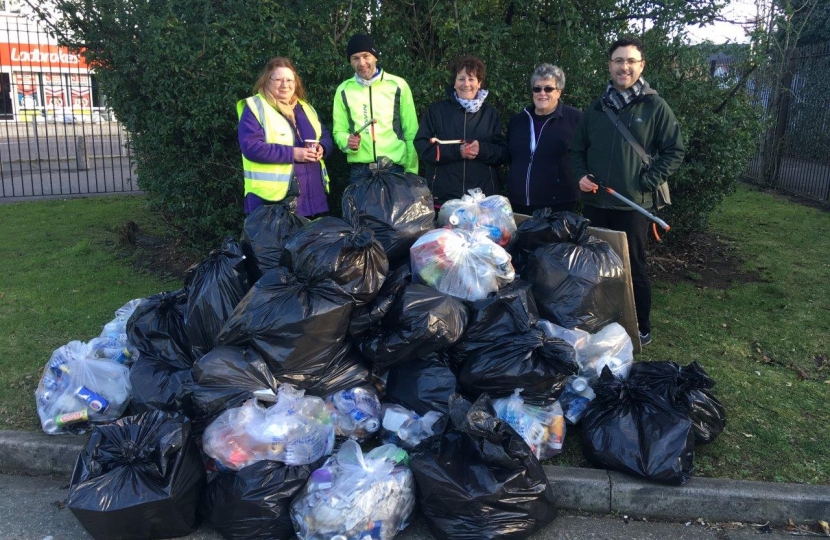 Dozens of local residents volunteered a couple of hours on a bright but cold Sunday morning to help collect litter from a number of sites across the ward.

Residents were supported by Council officers, who supplied by the kit, and a team from Network SouthEast who helped the volunteers by clearing banks around New Eltham Railway Station. At one point, four separate teams were working across Eltham South.

More than two dozen bags of litter were collected, with waste carefully separated into two sets so anything that could be recycled would be sent on to the right plant.

The Community Association of New Eltham (CANE) supplied tables and shelters for the collection point and the Co-Op in Footscray Road helped with a power supply and some bottles of water.

"This is exactly the sort of community effort we need," said Pat. "We're all determined to make the area where we live cleaner and safer. I've had so many people get in touch thanking us for the project that I'd like to see us run this more regularly."