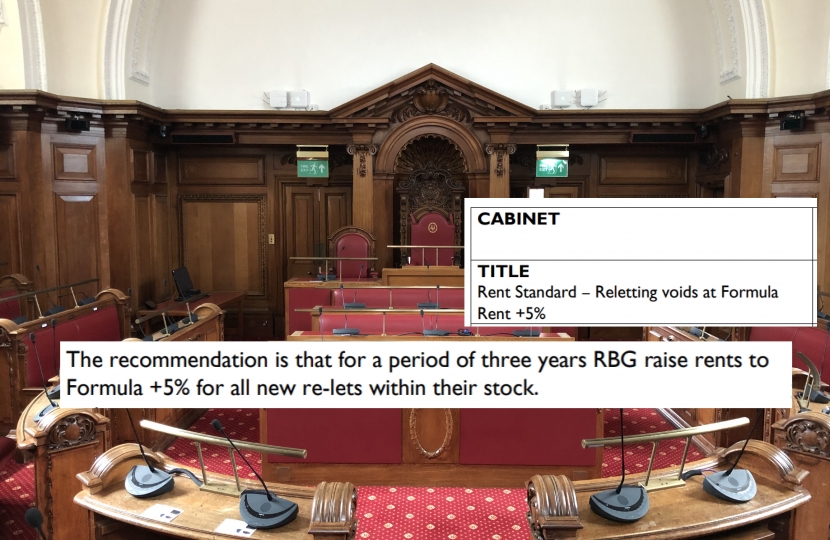 Greenwich's Labour Council is planning to put up rents for new tenants by around four times the rate of inflation, in apparent defiance of a decision by the Council in February to limit rent increases.

A report published ahead of the Council’s Cabinet meeting next week recommends pushing up rents for newly-let properties in order to raise more than two million pounds from social housing tenants. The Labour Councillors in the Cabinet are being asked to push rents up by at least 6.7% for tenants taking on new properties, compared to the 2.7% for tenants who remain in their existing homes. The 2.7% increase for all Council tenants was agreed by the whole Council in February 2020, but this decision seems to supersede that for tenants in up to 5% of the Council’s housing stock.

The substantial rise in rent for freshly-let properties is a result of a new interpretation by Greenwich Council of the 'Rent Standard’ for April 2020 which was published in February 2019. The possibility of raising rents for new tenants by more than 2.7% (which is 1% above the rate of inflation) was not mentioned at the February Council meeting which set the standard rent rise for 2020-21, but the papers now reveal the drive for this change in policy is partly a continuing deficit in the business plan for the Council’s rented housing.

At the February Council meeting Cllr Spencer Drury, Opposition Spokesperson for Housing, expressed concerns about the continuing financial difficulties being experienced by the Council’s Housing Department and the predicted £3.9m overspend in the Housing Revenue Account.

“I am deeply concerned that the Cabinet seems to think it is appropriate to completely undermine the decision of the whole Council to raise rents by 2.7%, which was only made in February. The proposed decision to raise rents for tenants moving into a new home will mean that some of the poorest people in this Borough are being asked to pay extra for the Council’s failure to be a better organised landlord.  These are difficult times economically for many families and I believe this is an unfair decision, with new residents paying more in rent than those in identical neighbouring properties.”

“I urge all residents to write to their local Councillors to object to this backdoor, unfair decision to push rents up for new tenants using a loophole in the guidance.”