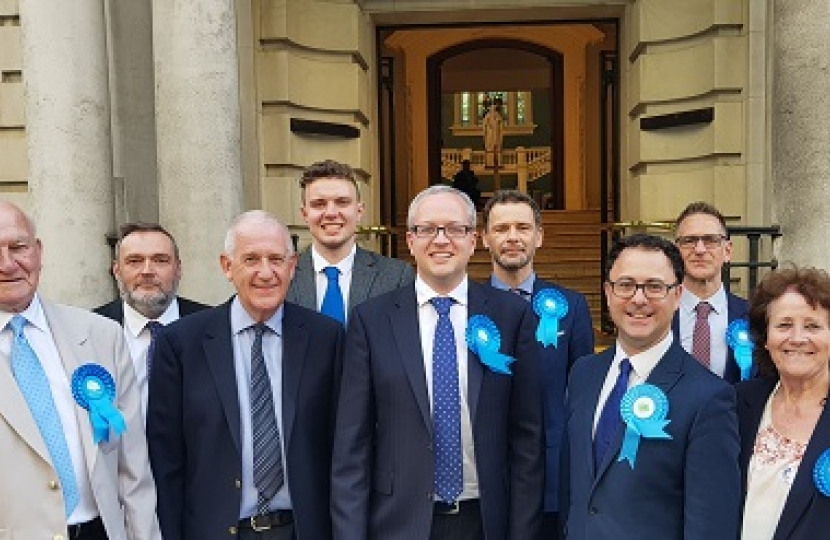 The Conservative Group on Greenwich Council has announced its line-up of Opposition Spokespeople for 2018/19, after successfully defending all 9 seats in this month's local elections.

Leader of the Opposition
and Spokesperson for Finance, Economy & Anti-Poverty
Cllr Matt Hartley

The Conservative Group's nominations for the Council's various committees will be put forward at the Annual Meeting of the Council next Wednesday (23rd May), with Opposition Spokespeople nominated to sit on the Scrutiny Panel relevant to their role above.

Leader of the Opposition Cllr Matt Hartley and former Leader Cllr Spencer Dury will be nominated to serve on the Overview & Scrutiny Committee, tasked with scrutinising the administration's decisions across all areas of council policy.  Deputy Leader Cllr Nigel Fletcher will be put forward to serve on the Overview & Scrutiny Call-In Sub Committee and Corporate Finance & Performance Scrutiny Panel, with Cllr Matt Hartley serving on the Audit & Risk Management committee.

Councillor Matt Hartley, Leader of Greenwich Conservatives, said:  "After we successfully defended all nine of our seats on the Council in the local elections, the whole team is delighted to be getting to work as we start this new four-year term at the Town Hall.  We have a mandate from the campaign that we ran and our manifesto to provide a strong Opposition to hold the new Labour administration to account - and that's exactly what we plan to do."

Find out more about the various committees of the Council.