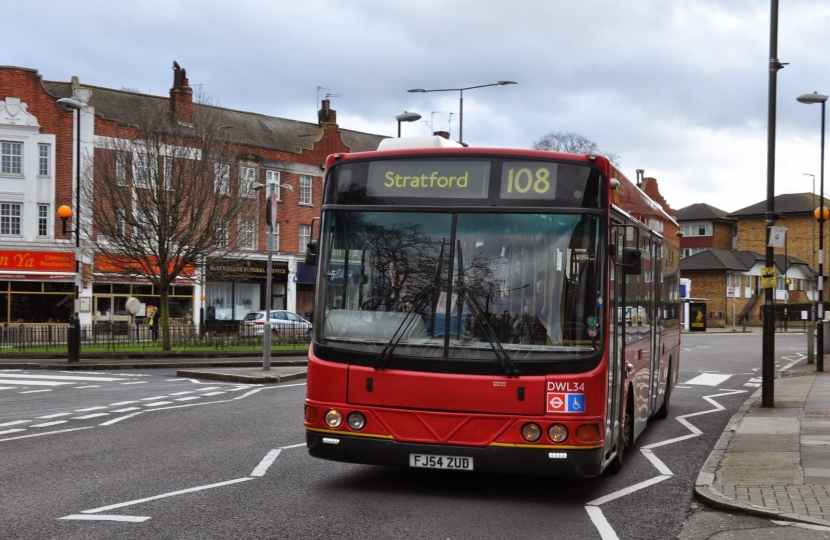 After repeated lobbying for a new connection Blackheath Westcombe ward councillor, Geoff Brighty, has welcomed confirmation that Transport for London (TfL) is reviewing options for a new bus link which would run to the Charlton Retail Park. Residents in Blackheath have been left without a direct link to Sainsbury’s since the supermarket moved location.

Extending the run of an existing route such as the 202, which currently terminates at the Standard, was deemed to be difficult because of the length of the route.   However, TfL has now confirmed that they are reviewing options for an entirely new bus route that could link the Standard with the retail park.  They are currently looking at two options with option 1 serving Stratheden Road and the Standard. Neither of the possible routes would use Westcombe Hill.

Geoff said  “Lots of people in Blackheath used to get the bus to Sainsbury’s in its former location, but now are without that connection, it is good news for that this link could be restored. I am also glad that residents of Westcombe Hill will not be negatively impacted by any new bus route. I have been working to secure these links for some time and am glad to see progress being made”.

Additionally, either of these new routes would meet the demands of petitioners for more bus capacity between Kidbrooke Village and North Greenwich.

In 2017 Blackheath Westcombe Conservatives ran a petition, signed by over 300 residents, calling for a new bus route to connect Kidbrooke Village and North Greenwich to boost capacity on buses and relieve demand on Kidbrooke railway station. The petition has since been presented to the Mayor of London Sadiq Khan by Conservative London Assembly Member Shaun Bailey.

Finance has now been identified via the Kidbrooke Village planning process.  The slight drawback is that funding would be triggered only when 1900 units in Kidbrooke Village have been sold and that is not anticipated to be until 2020.

In other bus related news, Councillor Brighty secured repairs to the bus shelter next to Blackheath railway station and has continued to raise the issue of overcrowding on the 132 bus route with TfL, who claim capacity on the route is sufficient .

Sadly, however, it has not been all good news for Blackheath’s buses. Late last year the Labour Mayor of London announced that services on the 89, N89 and 53 buses would be reduced, with the 89 bus bring reduced from 6 to 5 buses per hour, the N89 reduced from 3 buses per hour to 2 at weekends, and the 53 being cut from one every 20 minutes to every 30 minutes on week nights. The Mayor has also cancelled much needed upgrades to the jubilee line.

Campaigner Thomas Turrell added “Local bus route and the jubilee line upgrades have been cut due to unfunded political gimmicks from the Mayor of London. If we’re to reduce air pollution and cut congestion we need public transport that can be relied upon. I am pleased that a new bus connection has been secured to connect Kidbrooke Village and North Greenwich but disappointed to see other services being reduced because of a mismanagement of TfL’s budget”.