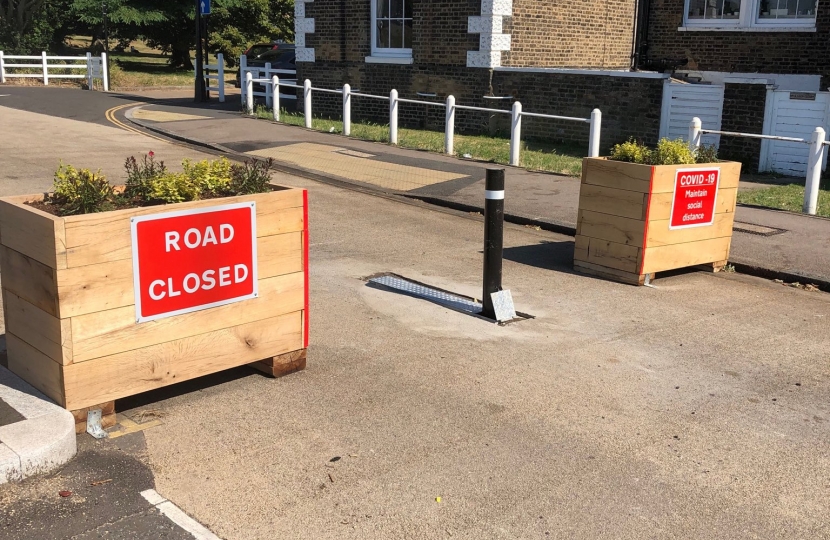 Councillors Charlie Davis and Geoff Brighty have written to the Mayor of Lewisham to seek clarity on the decision to close South Row without consulting Greenwich Council - despite the changes having a greater impact on residents in Greenwich.

While the changes are subject to an ongoing consultation Lewisham Council has already installed planters to implement to plans on a trial basis. The changes mean more traffic and congestion on Shooters Hill Road, which is already a highly polluting road, and Prince of Wales Road, which gets blocked during rush hour.

In their letter Charlie and Geoff seek clarification on when Greenwich Council was notified of the change and how long they were given to inform their own residents who will be affected. This follows media reports over the weekend that Greenwich Council claim they were not consulted by Lewisham Council. Both councils are run by Labour administrations however the relationship between the two councils has been strained since Greenwich Council withdrew its funding from the Blackheath firework display in 2010.

Blackheath Westcombe ward councillor Geoff Brighty, said “Whatever the merits of closure may or may not be Greenwich, whose residents are most affected, should be urging Lewisham to suspend it until residents have been consulted and both Councils have thought it through properly”.

London Assembly candidate for Greenwich & Lewisham and Deputy Leader of Greenwich Conservatives, Cllr Charlie Davis, added “Residents should not be caught in the cat fight between Greenwich and Lewisham Labour parties. These changes have a greater impact on residents in Greenwich, so either Lewisham chose not to consult its neighbour or forgot to. Either way, Lewisham Council has allowed this scheme to descend into chaos”.

2022 Spring Forum to be hosted in Blackpool