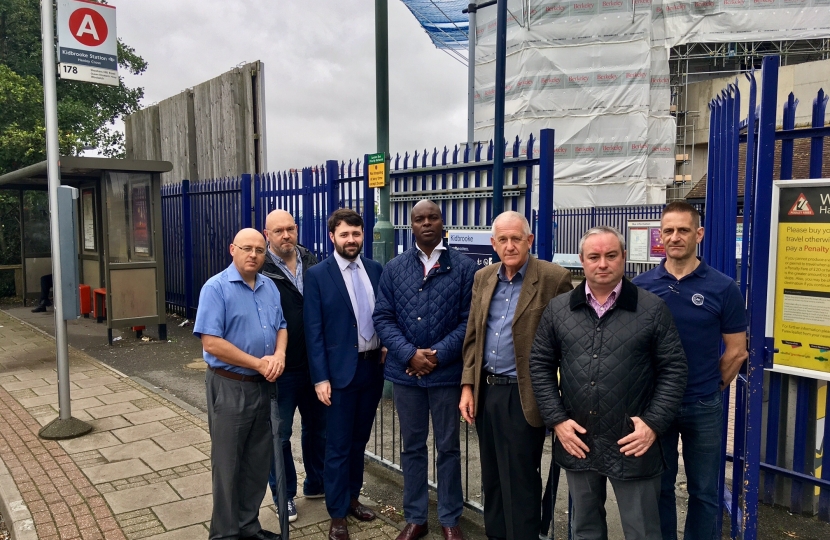 The Blackheath Westcombe Conservative Team, made up of Cllr Geoff Brighty, Malcolm Reid and Thomas Turrell, have welcomed news that Transport for London (TfL) are reviewing a range of measures to improve bus reliability in the area following a petition run by the team last year.

The team petitioned TfL to increase bus capacity in the area, with a new route connecting North Greenwich with Kidbrooke Village. The petition was signed by over 300 people and was presented to the Mayor of London by Conservative Assembly Member, Shaun Bailey AM, in December 2018.

In a letter to the Deputy Chairman of the London Assembly, responding to the petition the Mayor of London commits TfL to looking at a range of measures to improve reliability on buses such as the 178, B16, 132, 422 and 108. These measures include:

- Reviewing the operations of traffic signals at the junction of Kidbrooke Park Road and the A20.

- Traffic signal timings are to be reviewed later this year at the north of Kidbrooke Village up to the A2 Kidbrooke interchange once the development is nearer completion.

As previously reported, the petition, alongside lobbying efforts led by Councillor Brighty, has been successful with Greenwich Council and the Mayor of London both confirming that a new route between North Greenwich and Kidbrooke village – which will also link Blackheath to the Sainsbury’s in Charlton, will go ahead as the 106 money from Kidbrooke Village is released.

Conservative councillor for Blackheath Westcombe ward, Geoff Brighty, welcomed the decision saying “I am pleased that TfL are looking into how they can make the existing local bus routes more reliable, it is a welcome development. Kidbrooke Village, once complete, is going to bring more people to the area and add to the burden on local infrastructure and we ensure that services such as trains and buses are ready for this”.

Campaigner Thomas Turrell, who previously led the successful campaign to boost capacity on the 108 bus, added“Our petition has planted Blackheath’s capacity issues on TfL’s agenda. As a result of Geoff’s lobbying and our petition we have been able to secure a new route for Blackheath, providing extra capacity and a link to the Charlton Retail Park as well getting TfL to think more about the reliability of the existing services”.